Content is about Quality: Why Is ‘Counterpart’ The Best Thing On TV Right Now?

In a world where thoughtful equals slow and existential equals boring, ‘Counterpart’ is a stunning revelation and maybe the most compelling show right now.

Ranked by Hollywood reporter as No. 1 TV show since last March, Counterpart just finished its mind-boggling first season with 10 episodes of twists and turns, movie-like-quality editing and some impressive character work.

The series, created and written by Justin Marks, follows Howard Silk (J.K. Simmons) who has worked for 29 years, as a low-level drone, in a highly secretive Berlin-based United Nations spy agency. He has been carrying out a series of mundane tasks without knowing what the division of his company, known as the Office of Interchange, really does.

He eventually finds out and his mind is blown.

He discovers that his employers are protecting an opening to a parallel dimension.

Turns out that, about 30 years ago, during the cold war, Germans accidentally stumbled on a parallel universe, where identical people on both sides – doppelgänger – have vastly different lives as the two worlds are moving apart.

Howard’s counterpart, who is essentially an assassin and a spy is light-years more badass than him. 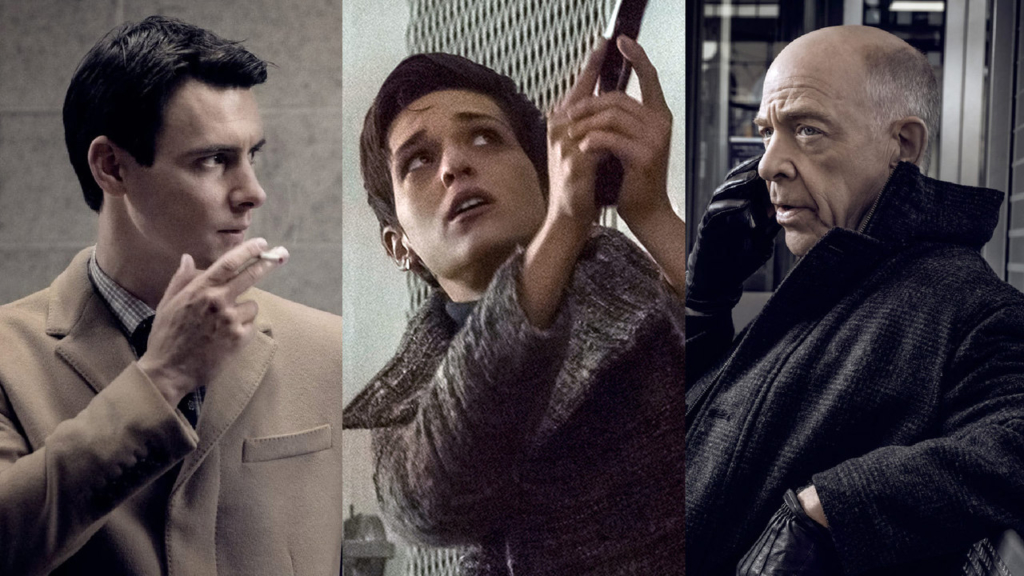 However the spy-fi thriller is just a hook for a examination of concepts of identity, relationships (especially marriage) and life choices.

The so called ‘Crossing’ a passage between two parallel dimensions becomes a metaphysical metaphor for the Berlin Wall and for possible futures that result from our choices.

It’s no mystery that the shows undeniable hook is J.K. Simmons who pulls off a dual role in a truly skillful and captivating manner and re-affirms himself as an incredible actor following his Oscar-winning work in Whiplash.

He plays the dual roles masterfully, changing his posture, facial expressions, and tone in order to differentiate the worker Howard from bad-ass Howard.

Justin Marks, series creator, writer and executive producer gives Counterpart a strong cinematic feel with a dark, stylish and German atmosphere. He explained his dense but absorbing vision in a interview earlier this week: ‘Unsexy is the new sexy.’

Starz has just announced that production had begun in Berlin on the second season.